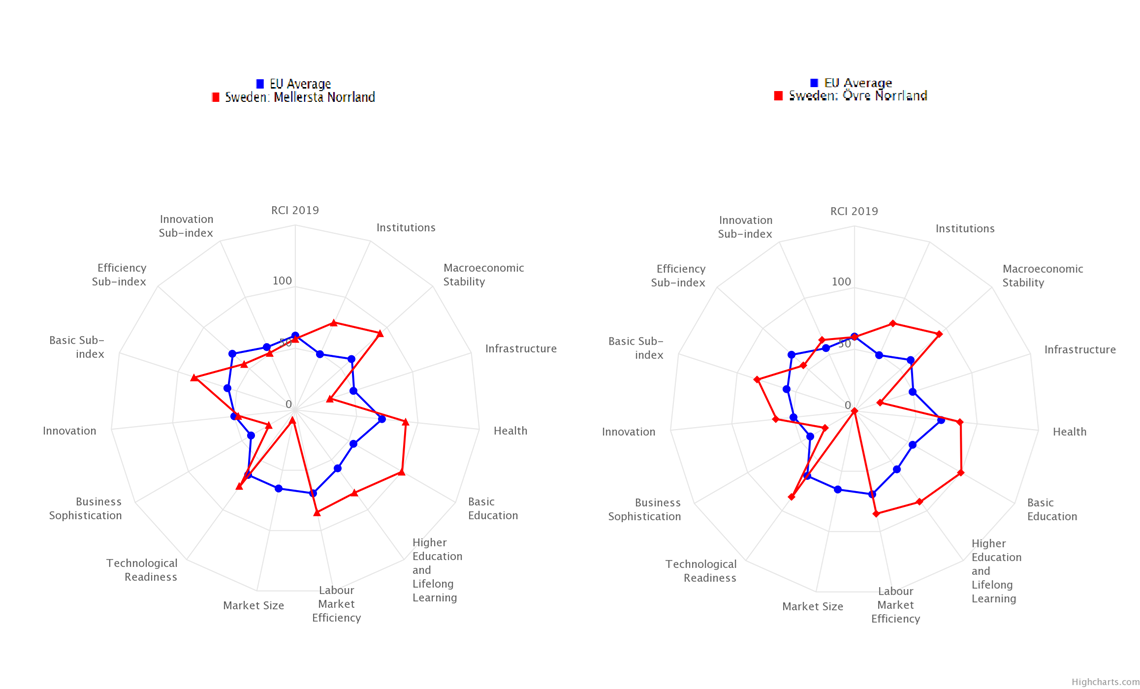 On October 7, the European Commission published its Regional Competitive Index. The index that categorizes the competitiveness of regions shows that Northern Sweden is behind other comparable regions in Europe when it comes to infrastructure, among other things, and that this reduces competitiveness compared to other regions.