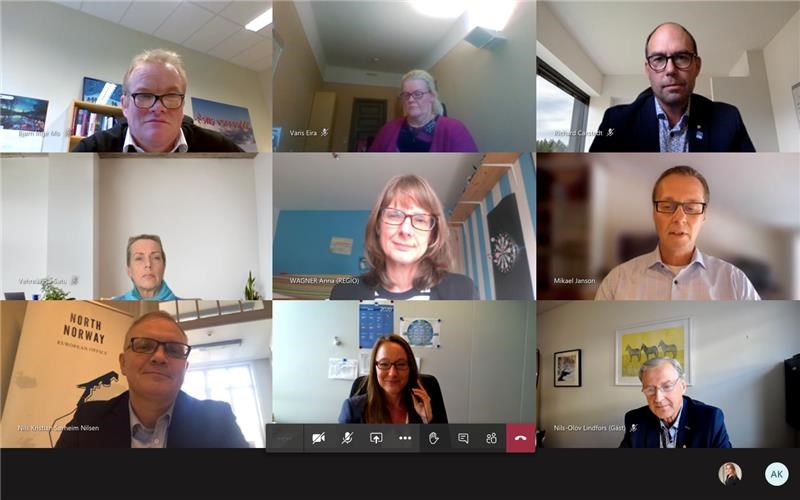 On September 22, representatives from Northern Sparsely Populated Areas (NSPA), met with the Deputy Head of Cabinet for Commissioner for Regional Policy, Marlene Madsen. The meeting enabled NSPA to put forward key messages for a continuation of regional development in the northernmost Europe. NSPA was commended for the strategic way the regions have used the structural funds in the current budget period. Madsen emphasized that the NSPA regions have both natural resources and technological skills important for a green transition.