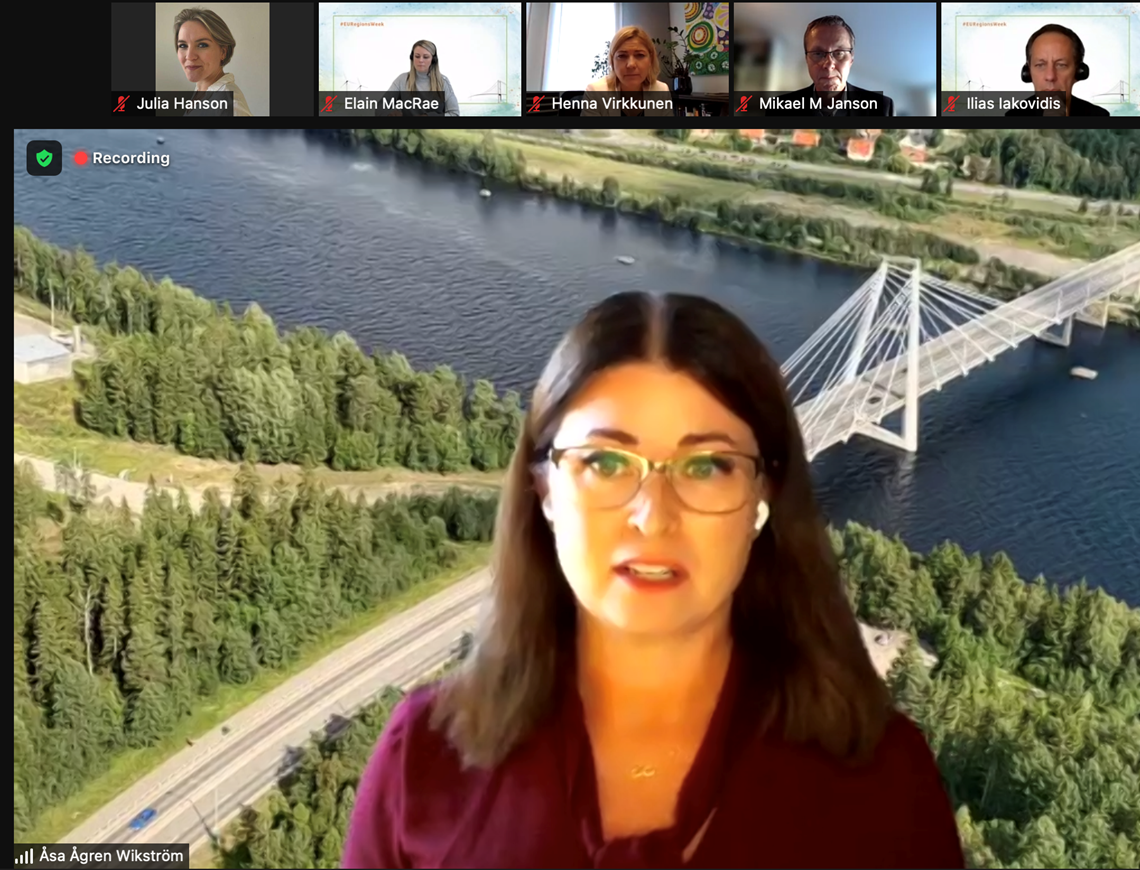 As part of European Week of Regions and Cities (EWRC) in October, North Sweden, together with the Brussels offices of the Northern Sparsely Populated Areas (NSPA) network and Scotland Highlands and Islands organized a workshop about EU's twin (green and digital) transition. The key speaker from the European Commission who participated said that the NSPA are leading regions and should take a more prominent role on EU level.

29 Oct 2021 Workshop during European Week for Regions and Cities: green and digital transition in the European Arctic